The Distinguished Alumnus/a Award is presented annually to a graduate whose life exemplifies the virtues that St. Petersburg Catholic High School strives to instill in each and every student; authenticity, compassion, fortitude, humility & wisdom. St. Petersburg Catholic High School established the award to honor individuals who demonstrate a commitment to faith, family, tradition, and excellence; who embody ethical leadership and compassionate service; who have demonstrated outstanding achievements in their chosen professions; and who have made significant contributions to society as volunteers, mentors, or benefactors. 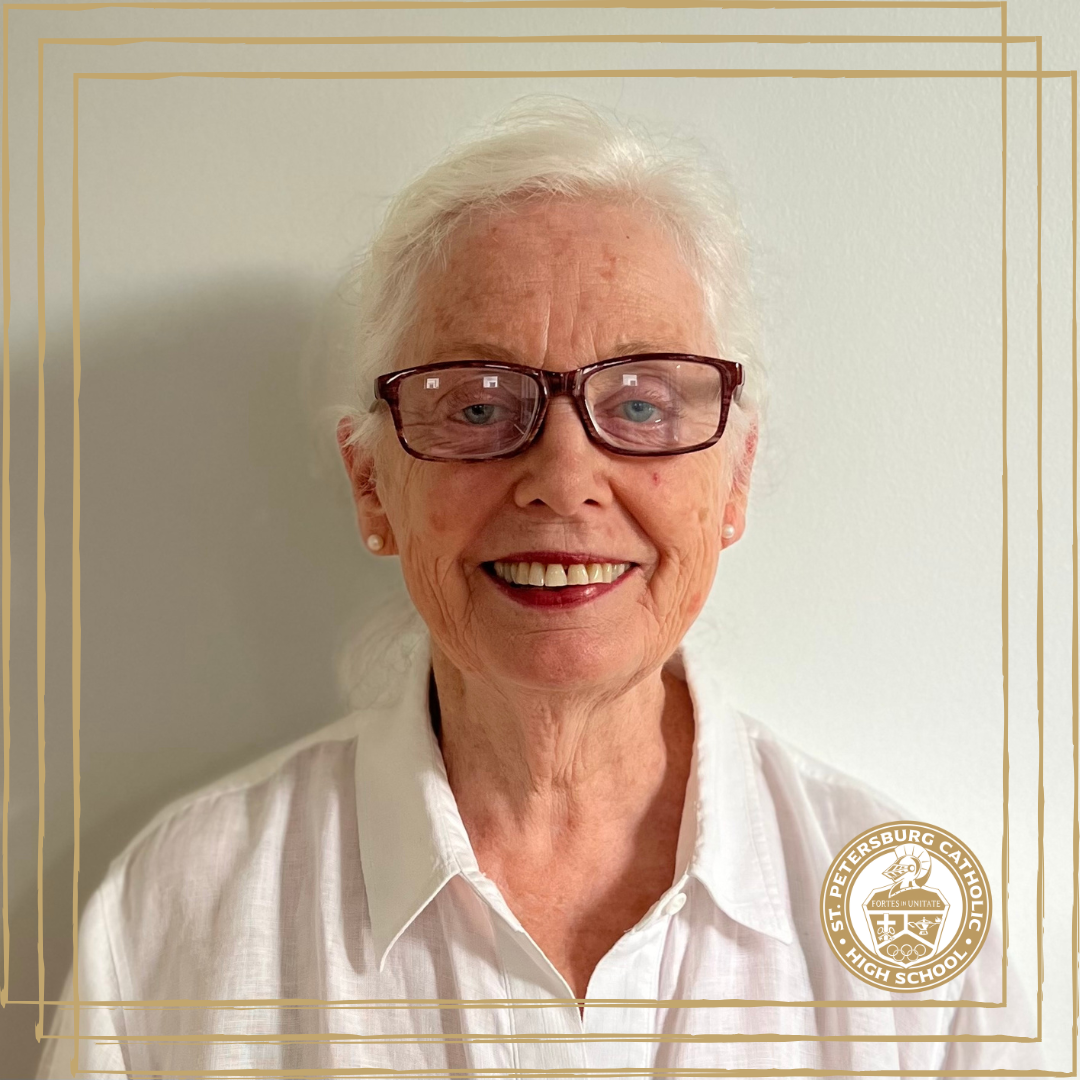 Linda Dowling Youth attended St. Jude’s Catholic School for eight years and graduated with the first class to attend Notre Dame Academy for four years.  After graduating from college she married.  She and family lived on Long Island, NY for 34 years. After her late husband passed and when her children were grown, Linda joined the Sisters of Mercy Volunteer Corps. In 2010 she began her Mercy Volunteer Corps year in Savannah, GA.  In 2011 she became a staff member at St. Mary’s Community Center where she had volunteered.  She currently serves there.

According to this article in the Savanah Business Journal: "The corps was founded by the Sisters of Mercy in 1978 to place and support volunteers in poor or marginalized areas of the U.S. and South America for one year of service. Youth was sent to Savannah to help at St. Joseph’s/Candler’s St. Mary’s Community Center and lived simply with other Mercy volunteers. She returned to Long Island, NY, after her yearlong service ended. But after about three months, she was ready to come back and serve as a full-time co-worker." You can read more about Linda's service with the Sisters of Mercy Volunteer Corps in the article linked above.

Such a selfless individual certainly fits the bill for the St. Petersburg Catholic High School 2022 Distinguished Alumna. Our students, and wider Baron community are blessed to have such an example of humility to look towards. 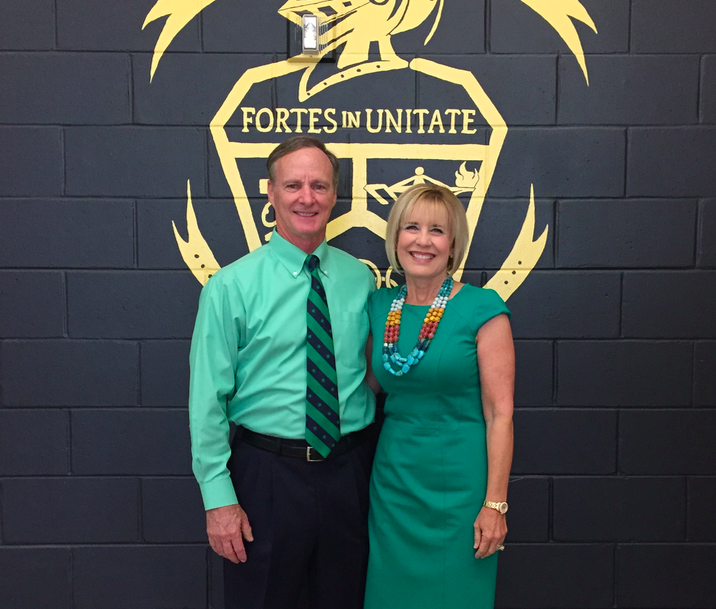 We are proud to honor Patrick Walsh ‘71 as the St. Petersburg Catholic High School 2021 distinguished alumnus! Pat embodies everything we hope for our students--he is a leader dedicated to compassionate service and has demonstrated unwavering support for SPCHS over many decades.

Pat has a long legacy at St. Petersburg Catholic High School, including his three children who graduated from SPCHS--Darlene ‘93, Casey ‘09, and Collin ‘17. “I still feel that special feeling when I come to campus; it has always felt like family at SPCHS,” says Pat. Pat has stayed very involved in the life and growth of our school, serving on the Consultative Board on and off since the 1990s. He currently serves on the executive committee of the consultative board and has been indispensable in the classroom renovation project and updating our facilities over the past few years. Pat’s wife, Toni, was heavily involved in the Parent Association and the Gala Committee and continues to be a blessing to the Baron family.

Pat has expressed that St. Petersburg Catholic prepared him well for the success he found in his adult life. After his graduation in 1971, he moved on to the University of Florida, earning a B.A. in Construction Management in 1974. Just a few short years later, Pat started his very own company, Greater Bay Construction, and sold it 28 years later. Currently, Pat works in real estate development in St. Petersburg, FL. 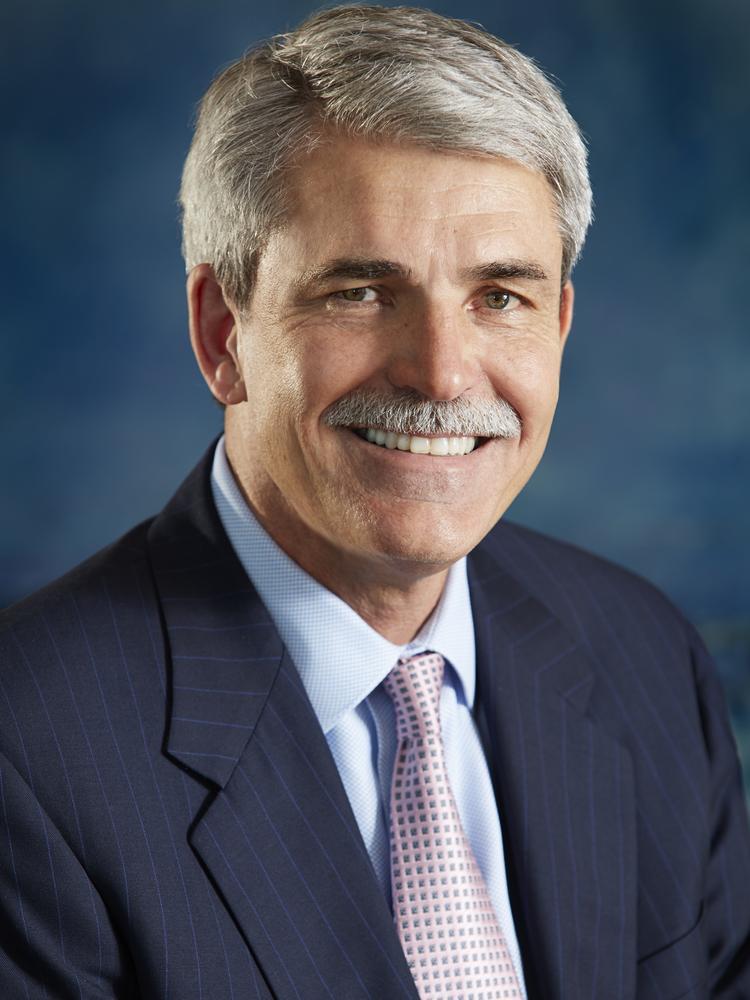 Paul Reilly is a graduate of Bishop Barry High School’s class of 1972. After high school Reilly went on to pursue his studies at the University of Notre Dame, where he earned a Bachelor of Science degree and MBA. In 2005, he was the recipient of Notre Dame’s Distinguished Alumnus Award. Reilly currently serves as Chairman and Chief Executive Officer of Raymond James Financial. Beyond his professional accomplishments, Mr. Reilly is a loving husband and father of two St. Pete Catholic alumni as well as a devout Catholic and parishioner at St. Paul Catholic Church in St. Petersburg. In January of  2019, the school renamed one of its newly renovated classroom buildings to Reilly Family Bishop Barry Hall, in honor of a leadership gift from Reilly and his wife, Rose. The renovation of the original buildings, built in 1957, included twenty classrooms, eight departmental offices, new bathrooms, a new student courtyard, and a new student chapel. The Reilly family’s generosity displays a true commitment to Catholic education and makes it possible for St. Petersburg Catholic High School to uphold its mission of forming young men and women in spirit, mind, and body for future leadership and compassionate service. 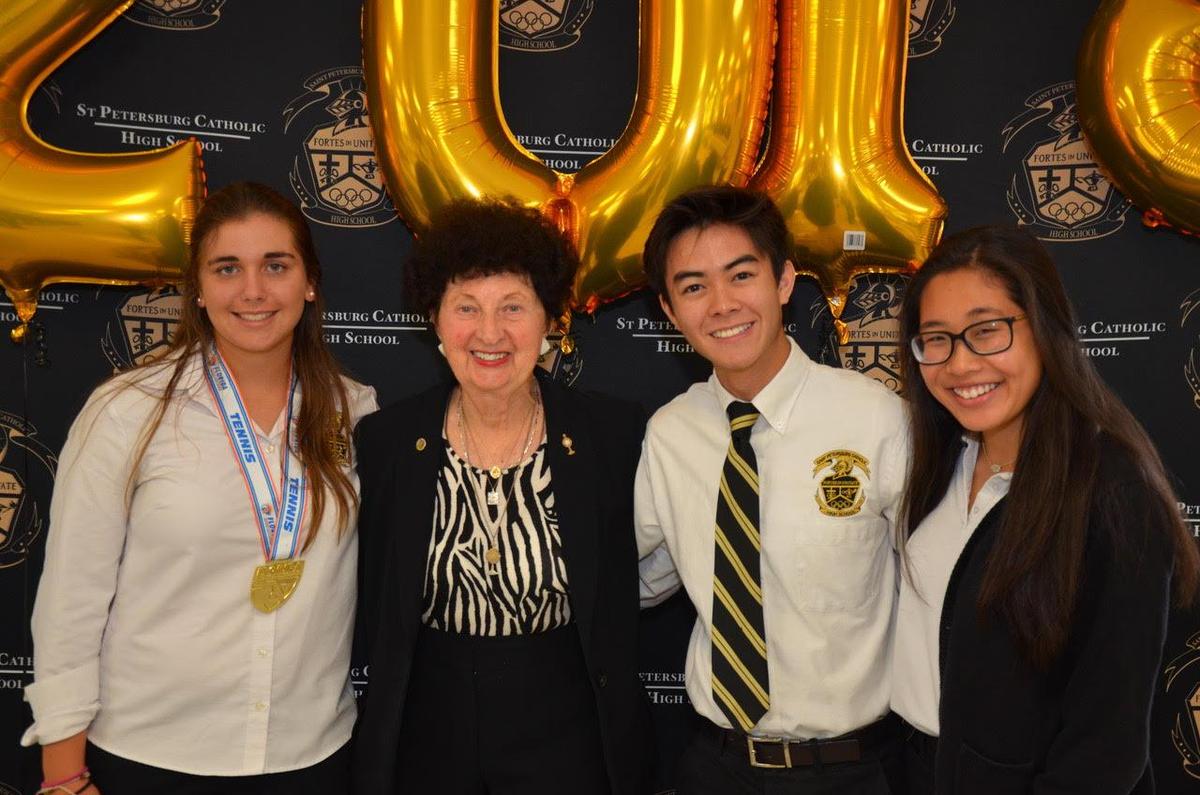 Judge Kovachevich is a 1954 alumna of St. Paul’s High School. Judge Kovachevich graduated valedictorian from St. Paul’s High School and St. Petersburg Junior College. She then went on to major in finance at the University of Miami, where she graduated magna cum laude with a BBA degree. Judge Kovachevich received her juris doctor degree from Stetson University College of Law. She finished second in her class and was the only female in her graduating class. In 1972, Judge Kovachevich became the first female judge elected to serve as a Circuit Judge for the Sixth Judicial Circuit in and for Pinellas and Pasco Counties, Florida.  She served in various judicial divisions over nine years, including a special assignment to the District Court of Appeal.  In January 1982, President Ronald Reagan nominated her to an open district court vacancy for the Middle District of Florida. After the Senate confirmed her nomination, she received her judicial commission on March 9, 1982, and was sworn in on March 12, 1982.  Judge Kovachevich has served as a U.S. District Judge for over 35 years and is the longest serving district judge still in active service for the Middle District of Florida. “We are honored to have Judge Kovachevich as our first Distinguished Alumna, as we begin this new tradition at St. Pete Catholic,” Principal Ross Bubolz said. “Judge Kovachevich, in her commitment to faith and passion for service, personifies our alumni community and the virtues we hope to instill in all of our students.”